WE WILL BE CLOSED ON THURSDAY, 11/24. HAPPY THANKSGIVING! 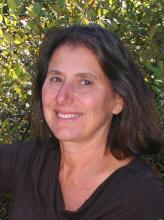 Do bed bugs wear pajamas? Do dragonflies breathe fire? Do stink bugs take baths? Silly questions, the kind kids often ask, are followed by informative answers sure to make every reader eager to learn more about insects. Find out in Do Doodlebugs Doodle?, which will have kids laughing out loud as they explore the fun and fascinating world of insects.

Corinne Demas is the award-winning author of thirty-three books for kids and for adults, including The Disappearing Island, illustrated by Ted Lewin (a Massachusetts Book Award Honor Book), Saying Goodbye to Lulu, illustrated by Ard Hoyt (winner of the ASPCA Henry Berg Children's Book Award), and The Littlest Matryoshka, illustrated by Kathryn Brown. She is a professor at Mount Holyoke College and a fiction editor of The Massachusetts Review. She divides her time between western Massachusetts and Cape Cod.

Artemis Roehrig received her master’s degree from the Organismic and Evolutionary Biology program at the University of Massachusetts. Do Doodlebugs Doodle? was inspired by her work in an entomology lab and by her experience as an educator at Wellfleet Bay Wildlife Sanctuary. In addition to writing books for kids, she’s been published in the scientific journal Environmental Entomology.   She lives in western Massachusetts and loves to explore nature with her two young children.