Once Upon A Royal Summer (Mass Market) 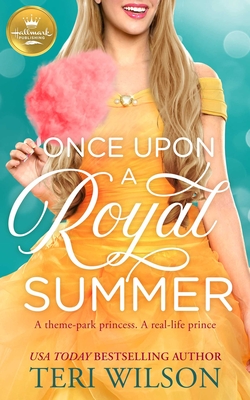 Once Upon A Royal Summer (Mass Market)


In stock at our warehouse - Ships in 5-12 business days
A theme park “princess” meets a single dad…who turns out to be a real prince!
Enjoy the delightful royal romance from acclaimed author Teri Wilson and Hallmark Publishing.

Lacey found her dream job: playing a princess character at a popular fairytale theme park in sunny southern Florida. Her diamond tiara might not be real, but the smiles of the children she meets every day certainly are. It’s just too bad that her ex-boyfriend was never impressed with her career choice.

Henry, the crown prince of Bella-Moritz, is trying to fulfill his young daughter’s birthday wish: to be a normal girl with a normal life. That’s why they’re pretending to be ordinary tourists at an American amusement park. Henry lost his wife four years ago, and he’s been going through the motions ever since. But could a meeting with a make-believe princess lead to real love?

This enchanting romance includes a free Hallmark original recipe for Cucumber Dill Tea Sandwiches.
USA Today Bestselling Author Teri Wilson writes heartwarming contemporary romance with a touch of whimsy. Three of Teri's books have been adapted into Hallmark Channel Original Movies by Crown Media, including UNLEASHING MR. DARCY (plus its sequel MARRYING MR. DARCY), THE ART OF US and NORTHERN LIGHTS OF CHRISTMAS, based on her book SLEIGH BELL SWEETHEARTS. She is also a recipient of the prestigious RITA Award for excellence in romantic fiction for her novel THE BACHELOR'S BABY SURPRISE. Teri has a major weakness for crowns, cute animals and pretty dresses, and she loves ballet and Audrey Hepburn films.