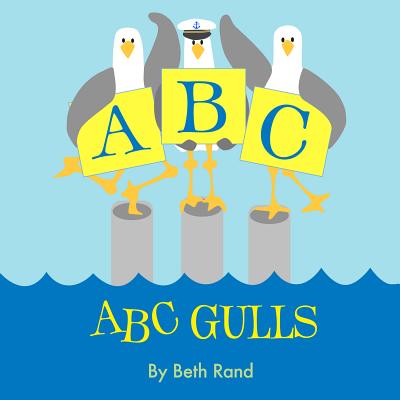 
In stock at our warehouse - Ships in 5-12 business days
ABC Gulls offers a playful look at the alphabet with a coastal twist. A cast of seagulls, from Avery to Zeke, chronicles scenes from everyday island life. Little ones can start by learning letters and move up to sounding out individual words. Early readers will enjoy reading full sentences, and parents and grandparents will have fun reading them out loud. Join the gulls as they get the grill going, jump off the jetty, and steal a sandwich Delightful fun for ages 2 and up.
Beth Rand is a self-taught illustrator. Born in Pittsburgh, Pennsylvania, having a Navy dentist for a dad meant that Rand had an itinerant childhood, moving from Maryland to Rhode Island to South Carolina and even Sicily. Since graduating from the University of Maine, she has made that state her home. For 20 years, she lived in Cape Elizabeth, Maine, where she and her husband successfully raised three children to adulthood. One day, they hopped on the ferry to Peaks Island, Maine and never returned. She now lives on the island with her husband and dog, in a home surrounded by seagulls, sunshine, and salt air. Her first children's book, an alphabet book named ABC Gulls, was published in 2017 by Islandport Press. She is also the author of the follow-up to ABC Gulls, 123 Gulls, also published by Islandport Press.