Sitting in the Shade: A decade of my garden diary (Hardcover) 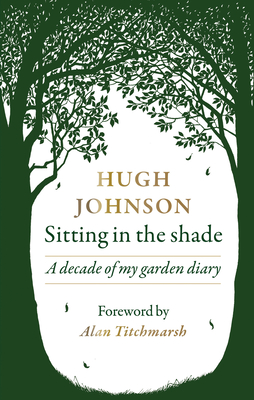 Sitting in the Shade: A decade of my garden diary (Hardcover)


On Our Shelves Now
A charming, eclectic, beautifully written diary, focusing on gardening and the natural world
Foreword by Alan Titchmarsh
For many years Hugh Johnson has written a garden diary (initially as the editorial column of the RHS Journal and, since 2008, as a blog). Free to turn his attention to whatever is happening in the natural world at that time, or simply something that piques his interest, his subjects are as diverse as London's trees, the first crocus of spring, the joys of a greenhouse and what cyanide has to do with a robin's choice of berries. Month by month, Hugh's beautiful, evocative writing is filled with an eclectic mixture of topical, whimsical and humorous anecdotes that will delight not only gardeners but anyone with an interest in nature in all its manifestations.
Hugh Johnson is one of the world's pre-eminent writers on wine as well as an award-winning gardening writer. His previous gardening books include Trees, first published in 1973, The Principles of Gardening and Hugh Johnson in the Garden. Hugh started writing Trad's Diary as the editorial column of the RHS Journal when it was remodelled and relaunched as The Garden in 1975. He has been writing the diary ever since, since 2008 as a blog (www.tradsdiary.com).
“More so than his wine books, this demonstrates Johnson's literary prowess and ability to capture a sense of place and nature, reviewing everything from the pace of growth in woods to changing hours of daylight, national tastes, and gardener's urges to plant. Gardeners will find this literary reflection engrossing, and fun to read.”—Midwest Book Review