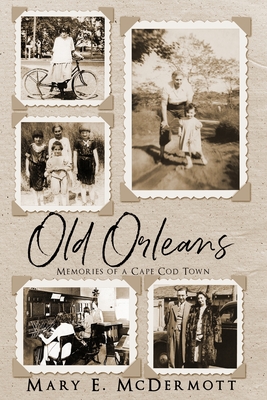 
On Our Shelves Now
This book cannot be returned due to publisher restrictions.

Lunch counters. Working the telephone switchboard. A song called Who Threw the Overalls in Mrs Murphy's Chowder. Love during World War II. Hurricanes. A time when scarlet fever could kill, doctors made house calls, and locals brushed shoulders with celebrities such as Anaīs Nin and Dr. Scholl in Provincetown.

These and other poignant memories of a Cape Cod town are preserved in the stories of an Orleans family bringing local characters and simpler times to life. Told in vignettes spanning from the 1920s to the Baby Boom, these stories preserve the grit and charm of Old Cape Cod.