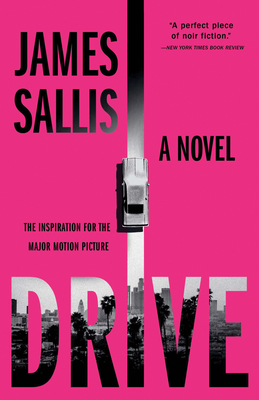 Originally written in 2005, Drive by James Sallis is the inspiration for the iconic 2011 film starring Ryan Gosling in the role of the man known only as 'Driver', a Hollywood stunt driver by day and a getaway driver by night.

The gritty back streets of Los Angeles are the backdrop for what the New York Times calls "a perfect piece of noir fiction" in which the Driver is double-crossed in a burglary gone horribly wrong.

This beautiful new edition introduces a noir classic to a new generation of readers, featuring added materials, including a reading group guide and author Q&A.

"One stark and stunning tale of murder, treachery, and deceit . . . [Drive] packs a wallop." — Boston Globe

"Imagine the heart of Jim Thompson beating in the poetic chest of James Sallis and you'll have some idea of the beauty, sadness and power of Drive...[It] has more thought, feeling and murderous energy than books twice its length" — Chicago Tribune