The Summer I Turned Pretty (Paperback) 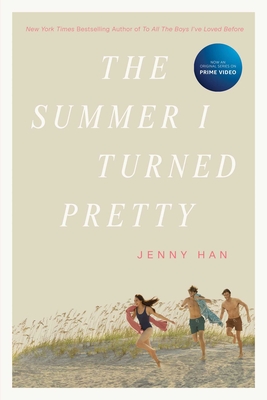 The Summer I Turned Pretty (Paperback)


On Our Shelves Now
Now an Original Series on Prime Video!

Belly has an unforgettable summer in this stunning start to the Summer I Turned Pretty series from the New York Times bestselling author of To All the Boys I’ve Loved Before, Jenny Han.

Some summers are just destined to be pretty.

Belly measures her life in summers. Everything good, everything magical happens between the months of June and August. Winters are simply a time to count the weeks until the next summer, a place away from the beach house, away from Susannah, and most importantly, away from Jeremiah and Conrad. They are the boys that Belly has known since her very first summer—they have been her brother figures, her crushes, and everything in between. But one summer, one wonderful and terrible summer, the more everything changes, the more it all ends up just the way it should have been all along.
Jenny Han is the #1 New York Times bestselling author of the To All the Boys I’ve Loved Before series, now Netflix movies. She is also the author of The Summer I Turned Pretty series, Shug, and Clara Lee and the Apple Pie Dream. She is the coauthor of the Burn for Burn trilogy, with Siobhan Vivian. Her books have been published in more than thirty languages. A former librarian, Jenny earned her MFA in creative writing at the New School. She lives in Brooklyn, New York.