The Year We Disappeared: A Father - Daughter Memoir (Paperback) 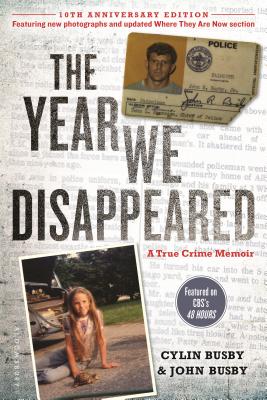 The Year We Disappeared: A Father - Daughter Memoir (Paperback)

“This is truly a page-turner, and that it's a true story adds another dimension. This family memoir deals with a real crime, but it reads like a terrific mystery/thriller novel. An absolutely riveting read.”
— Leslie Hawkins, Spellbound Children's Bookshop, Asheville, NC

The extraordinary true crime story of a family, a brutal shooting, and the year that would change their lives forever.

When Cylin Busby was nine years old, she was obsessed with Izod clothing, the Muppets, and a box turtle she kept in a shoebox. Then everything changed overnight. Her police officer father, John, was driving to his shift when someone leveled a shotgun at his window. The blasts that followed left John's jaw on the passenger seat of his car-literally. While clinging to life, he managed to write down the name of the only person he thought could have pulled the trigger. The suspect? A local ex-con with rumored mob connections. The motive? Officer Busby was scheduled to testify against the suspect's family in an upcoming trial. Overnight, the Busbys went from being the "family next door" to one under 24-hour armed guard, with police escorts to school, and no contact with friends. Worse, the shooter was still on the loose, and it seemed only a matter of time before he'd come after John-or someone else in the family-again. With few choices left to them, the Busby family went into hiding, severing all ties to the only life they had known.

Cylin Busby is the author of several non-fiction articles as well as fiction books. A former editor with Teen magazine, she now lives in Los Angeles with her family.