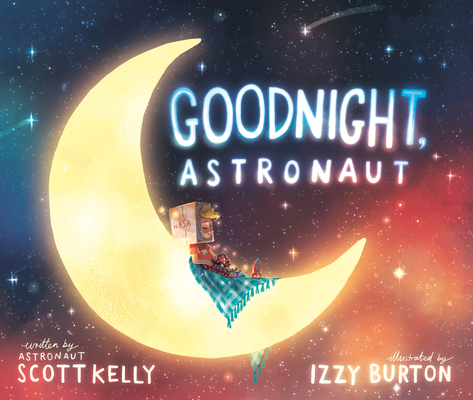 The second picture book from astronaut Scott Kelly follows his adventure-seeking travels through some of the wild places he's slept! Young readers will be delighted by the playful text and encouraging message to dream of the stars.

Scott Kelly was born for adventure. But exploring takes a lot of enery--and sleep is the super fuel to turbocharge dreams. Luckily, sleeping can be exciting if you're drifting off in the right place.

Scott has fallen asleep at the bottom of the ocean, in the cockpit of an F-14 fighter jet, in a yurt on Mount Everest, and of course in space! Join Scott on his many adventures, and maybe they'll inspire dreams of your own!

This sweet and adventurous story is the perfect bedtime tale for future astronauts and adventurers!
SCOTT KELLY is a NASA astronaut best known for spending a record-breaking year in space. He is a former US Navy fighter pilot, test pilot, and veteran of four spaceflights. Kelly commanded the space shuttle Endeavour in 2007 and twice commanded the International Space Station. He lives in Houston, Texas. You can follow him on Facebook at NASA Astronaut Scott Kelly, and on Instagram and Twitter at @StationCDRKelly. Visit him at scottkelly.com.

Izzy Burton is a BAFTA-nominated director in animation who spends her time dreaming up stories and creating art for them--in both films and books. Her favorite movies are Interstellar and (most of) the Star Wars saga, so it's been her absolute dream to illustrate a book about space with a real spaceman! (Yes, she's still excited.) Visit her at izzyburton.co.uk.
"Kelly tells in quite lyrical language of his and brother’s childhoods and journeys to space...Burton’s digital illustrations add magic and wonder to the text.  A thoughtful meditation, for avid fans of space exploration and newbies alike." --School Library Journal, starred review