Life Among the Paiutes: Their Wrongs and Claims (Paperback) 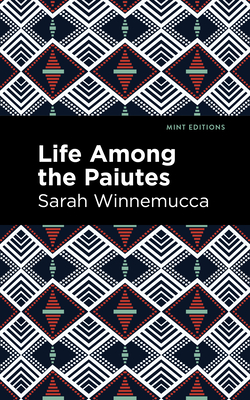 Life Among the Paiutes: Their Wrongs and Claims (Paperback)

Life Among the Paiutes (1883) is a book by Sarah Winnemucca. Written toward the end of a lifetime of advocacy on behalf of Native Americans, Life Among the Paiutes is a hybrid work of history and memoir by Sarah Winnemucca, who witnessed firsthand the dangers of unchecked occupation by US government and military forces. Intended as a rallying cry to white Americans, Life Among the Paiutes is considered the first autobiographical work written by a woman of Native American heritage. Oh my dear good Christian people, how long are you going to stand by and see us suffer at your hands?" First and foremost, Winnemucca's groundbreaking text is intended for an Anglo-American audience, whose political status the author hopes to use as a means of bringing her message to the halls of Congress. In the memoir section, Winnemucca describes her upbringing among the Northern Paiute in Nevada, whose lives were irrevocably disrupted by incursions from white settlers and military raids. After the murder of her mother and several members of her family by the US Cavalry, Winnemucca dedicated herself to social work and activism, using her knowledge of the English language to reach a larger audience. Weaving her own story into the story of her people, Winnemucca makes a compelling case for the reparation of land and sovereignty to the Northern Paiutes, who had been devastated and dispersed for decades after making contact with American settlers. With a beautifully designed cover and professionally typeset manuscript, this edition of Sarah Winnemucca's Life Among the Paiutes is a classic work of Native American literature reimagined for modern readers.