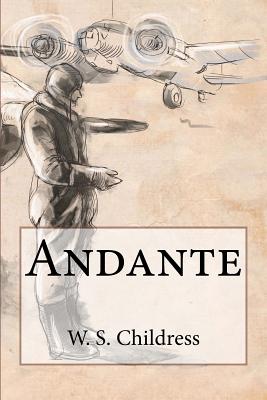 
In stock at our warehouse - Ships in 5-12 business days
This book cannot be returned due to publisher restrictions.
Caron Andante - swashbuckling hero, fiercely loyal friend, passionate poet, relentless warrior, and fearless in all endeavors save one - love. When he falls for Rose Pascal, the only woman a man such as him could really love, he is paralyzed by his own self-consciousness. Cursed with an exceptionally large nose, he can't imagine how she could ever love him, an idea reinforced by her infatuation for Chris Navarro, a bombardier student of Andante's who possesses the chiseled look of a Greek god but the wit of a rock. An analogue of Edmond Rostand's "Cyrano de Bergerac," Andante's story is set during World War II, moving from the fictional base and town of Lake Gaston, Louisiana to post-D-Day France, the novel moves at brisk pace as Caron Andante's unrequited love for Rose plays out.
W. S. Childress is a high school English and Journalism teacher on Cape Cod, Massachusetts. This is his second work of fiction. His first book, "Stygian Shores," is available at amazon.com, barnesandnoble.com, and select local book stores.