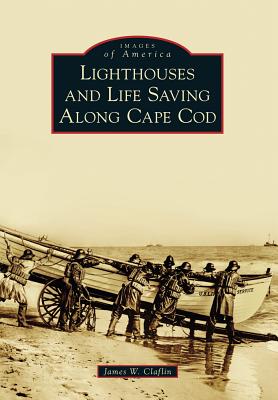 
Unavailable
For centuries, heroic men and women have guarded the treacherous yet beloved Cape Cod coastlines. From Provincetown to Chatham, Sandwich to Cuttyhunk, and many towns in between, residents have relied on the Atlantic for employment and nourishment. But Cape Cod has always been plagued with a shifting coastline that consistently defies mariners efforts to pass through Massachusetts waters. In 1792, as shipping increased, mariners petitioned for a sorely needed lighthouse. It was not until 1797 that the first lighthouse on Cape Cod was built at the Highlands in North Truro. More lights and rescue stations would follow as the seas claimed their toll. Many lightship stations were also established from Chatham through Nantucket Sound to mark the constantly changing sandbars submerged offshore more than in any other spot along the US coastline. Today, as sea levels change and sands continue to shift, some of these historic stations have been lost or moved, while still others are preserved only in such photographs as these.