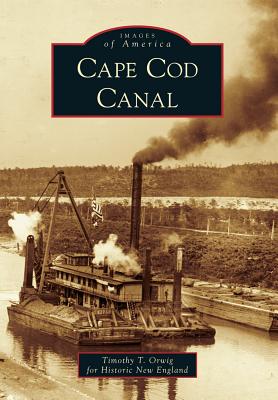 Cape Cod was known as a ship's graveyard but the Cape Cod Canal, proposed in 1776 and built in 1914 became a vital shipping link and a marvel of engineering.

For centuries, the shoals and high winds around Cape Cod turned its waters into a ships' graveyard. In 1623, Miles Standish proposed a shorter, safer passage by building a canal linking Cape Cod Bay with Buzzards Bay, and in 1776, George Washington ordered the first of many surveys. All attempts failed until 1914, when the Cape Cod Canal opened as a private toll canal. The widest sea-level canal in the world, the Cape Cod Canal continues to be an engineering marvel, a vital shipping link, and a summer destination. These rare images from the Nina Heald Webber Collection at Historic New England survey the canal's development from unsuccessful building efforts in the 1800s, through its 1909-1914 construction, and subsequent improvements in the 1930s.