The Owl Who Was Afraid of the Dark (Paperback) 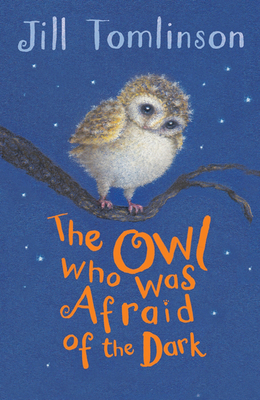 The Owl Who Was Afraid of the Dark (Paperback)

A baby owl learns not to fear the dark

Plop, the Baby Barn Owl, is like every Barn Owl there ever was, except for one thing—he is afraid of the dark. "Dark is nasty," he says and so he won't go hunting with his parents. Mrs. Barn Owl sends him down from his nest-hole to ask about the dark and he meets a little boy waiting for the fireworks to begin, an old lady, a scout out camping, a girl who tells him about Father Christmas, a man with a telescope, and a black cat who takes him exploring. He realizes that through these encounters that dark is super after all.

Jill Tomlinson's gently instructive animal tales have been charming children for decades. Illustrator Paul Howard has collaborated on many books, including Bravest Ever Bear.