When Mosquitoes Come Marching In: A Play in Spectacles (Paperback) 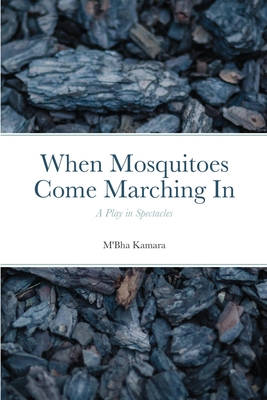 When Mosquitoes Come Marching In: A Play in Spectacles (Paperback)


In stock at our warehouse - Ships in 5-12 business days
This book cannot be returned due to publisher restrictions.
WHEN MOSQUITOES COME MARCHING IN. A Play in Spectacles. By M'Bha Kamara. This play In is about the Sierra Leone civil war (1991-2002) that led to the death and maiming of thousands as well as large-scale property and environmental destruction. Many in the West came to know about the war through the global campaign against conflict diamonds and the 2006 film, Blood Diamond, featuring Leonardo DiCaprio and Djimon Hounsou. The characters and events of the play are loosely based on real people and events. Kamara (pen name for Mohamed Kamara) is Professor of French and Africana Studies at Washington and Lee University, Virginia, USA. He has a BA and a Diploma in Secondary Education from Fourah Bay College (the University of Sierra Leone), an MA from Purdue University and a PhD from Tulane University (both in the United States). This is a NoPassport Press publication.