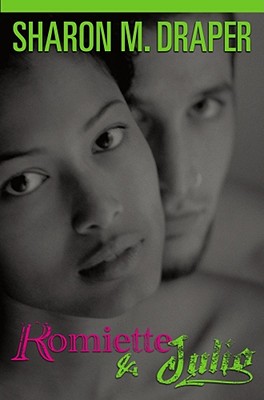 
In stock at our warehouse - Ships in 5-12 business days
Do you feel the soul of another calling to
you? Do you know in your heart that your
destiny and his wore meant to merge In
the cosmos? We can help you find him.

When Romiette Cappelle and her best friend, Destiny, decide to order The Scientific Soul Mate System from the back of Heavy Hunks magazine, they're not sure what they're getting into. But Destiny, a self-proclaimed psychic, assures Romi that for $44.99 plus shipping and handling, it's the only way they're ever going to find out who their soul mates really are. If nothing else, maybe Romi will get some insight into that recurring dream she's been having about fire and water.
But they never expect that the scented candle and tube of dream ointment will live up to their promises and merge Romiette's destiny with that of Julio Montague, a boy she's just met in the "cosmos" of an Internet chat room. It turns out they go to the same high school, not to mention having almost the same names as Shakespeare's famous lovers! Sweet-scented dreams of Julio have almost overtaken Romi's nightmares...
...when suddenly they return, but this time in real life. It seems the Devildogs, a local gang, violently oppose the relationship of Romiette and Julio. Soon they find themselves haunted by the purple-clad shadows of the gang, and the fire and water of Romiette's dream merge in ways more terrifying -- and ultimately more affirming -- than even Destiny could have foreseen.
Sharon M. Draper is a three-time New York Times bestselling author and a recipient of the Margaret A. Edwards Award honoring her significant and lasting contribution to writing for teens. She has received the Coretta Scott King Award for both Copper Sun and Forged by Fire, and was awarded the Charlotte Huck Award for Stella by Starlight. Her novel Out of My Mind has won multiple awards and was a New York Times bestseller for over three years, and Blended has also been a New York Times bestseller. She taught high school English for twenty-five years and was named National Teacher of the Year. She now lives in Florida. Visit her at SharonDraper.com.