Mockingjay (The Final Book of The Hunger Games) - Audio (CD-Audio) 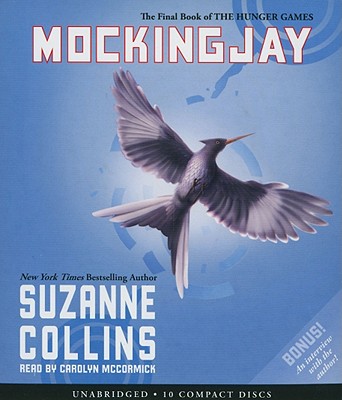 Mockingjay (The Final Book of The Hunger Games) - Audio (CD-Audio)

This is book number 3 in the The Hunger Games series.

Who do they think should pay for the unrest?

The final book in The Hunger Games trilogy by Suzanne Collins will have hearts racing, pages turning, and everyone talking about one of the biggest and most talked-about books and authors in recent publishing history!!!!
Suzanne Collins' debut novel, Gregor the Overlander, the first book in The Underland Chronicles, received wide praise both in the United States and abroad. The series has been a New York Times bestseller and received numerous accolades. Also a writer for children's television, Suzanne lives with her family in Connecticut.