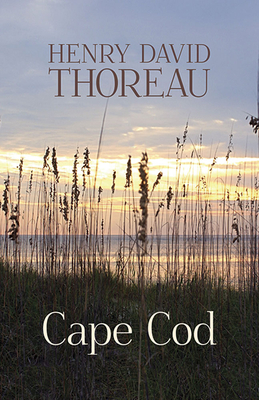 
Backordered. Contact us for more information.
This book cannot be returned due to publisher restrictions.

Unquestionably the best book that has ever been written about Cape Cod, and it is the model to which all new books about the Cape are still compared. -- Walter Harding, The Days of Henry Thoreau
The man whose name is synonymous with contemplative rural life took a series of beach-combing walking trips around Cape Code in the early 1850s. These trips to the Cape, Thoreau wrote, were intended to afford a better view than I had yet had of the ocean. The success of the great naturalist's expeditions lies in this compelling account of the region's plants, animals, topography, weather, and people.
Encounters with the ocean dominate Cape Cod, from the opening episode's dramatic shipwreck to later reflections on the Pilgrims' historic arrival. Along the way, Thoreau recounts the experiences of fishermen and oystermen, farmers and salvagers, lighthouse-keepers, and ship captains. These chronicles of exploration, settlement, and survival constitute a fascinating history of New England. Equally captivating as a travel guide or at-home entertainment, this volume offers convivial and authoritative companionship.

Essayist, poet, and philosopher, Henry David Thoreau (1817-62) ranks among America's foremost nature writers. The Concord, Massachusetts native spent most of his life observing the natural world of New England, and his thoughts on leading a simple, independent life are captured in his best-known work, Walden.