The Book of Ruth: A Novel (Paperback) 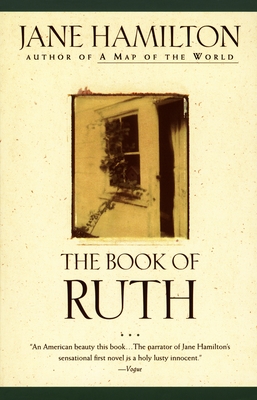 The Book of Ruth: A Novel (Paperback)


In stock at our warehouse - Ships in 5-12 business days
Winner of the 1989 PEN/Hemingway Foundation Award  for best first novel, this exquisite book  confronts real-life issues of alienation and violence  from which the author creates a stunning testament  to the human capacity for mercy, compassion and  love.
Jane Hamilton is the author of The Book of Ruth, winner of the PEN/Hemingway Award for First Fiction; A Map of the World, a New York Times Notable Book of the Year and named one of the top ten books of the year by Entertainment Weekly, Publishers Weekly, the Miami Herald, and People magazine; Disobedience; and The Short History of a Prince. She lives in Rochester, Wisconsin.
“An American beauty this book…. The narrator of Jane Hamilton’s sensational first novel is a holy lusty innocent.” –Vogue

“A sly and wistful, if harrowing, human comedy. Hamilton is a new and original voice in fiction and one well worth listening to.” –Boston Sunday Globe

“Ms. Hamilton gives Ruth a humble dignity and allows her hope–but it’s not a heavenly hope. It’s a common one, caked with mud and held with gritted teeth. And it’s probably the only kind that’s worth reading about.” –The New York Times Book Review

“Hamilton’s story builds to a shocking crescendo. Her small-town characters are a appealingly offbeat and brushed with grace as any found in Alice Hoffman’s or Anne Tyler’s novels.” –Glamour

“Jane Hamilton’s novel is authentically Dickensian…. The real achievement of this first novel is not so much the blackness as the suggestion of resilience. At the end, Ruth begins to put together her shattered body, spirit and life. Her words are awkward, as they have been all along, but suddenly and unexpectedly they shine.” –Los Angeles Times

“An extraordinary story of a family’s disintegration…. Will be compared to Jane Smiley’s A Thousand Acres. Astonishingly vivid and moving.” –People

“An enthralling tale of guilt, betrayal, and the terrifying ways of our lives.” –Entertainment Weekly

“Unforgettably, beat by beat, Hamilton maps the best and worst of the human heart and all the mysterious, uncharted country in between.” –Kirkus Reviews