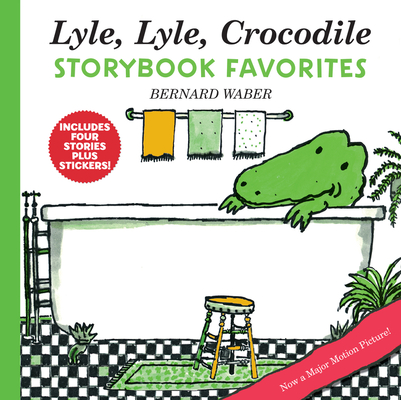 Every home should have a crocodile! This hardcover storybook featuring four complete beloved Lyle books plus a sheet of stickers makes a great gift.

Splish, splash. Over fifty years ago, the Primms moved into the house on East 88th Street and found a crocodile soaking in the bathtub. Since then, Lyle has won the hearts of all he meets.

This collection features an introduction by Bernard Waber, Lyle’s creator, a fun sheet of stickers, and four complete books:

The House on East 88th Street

Lyle and the Birthday Party

Bernard Waber was the beloved author-illustrator of more than thirty picture books, including Courage, Ira Sleeps Over, and Do You See a Mouse? With the publication of The House on East 88th Street in 1962, his Lyle, Lyle Crocodile series of books became a mainstay of children's literature and was adapted for both stage and screen. A Literary Landmark plaque commemorating the adventures of this endearing New York City reptile can now be found on East 88th Street. bernardwaber.com.

"Illustrations have verve and are a perfect complement to the story. Highly recommended." —School Library Journal, starred —