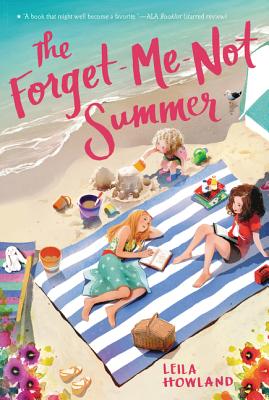 This is book number 1 in the Silver Sisters series.

This charming story about three California sisters spending the summer on Cape Cod is perfect for fans of The Penderwicks—as a starred ALA Booklist review raved—and The Mother-Daughter Book Club.

Though Marigold, Zinnia, and Lily Silver couldn’t be more different, they’re all excited about summer vacation. Twelve-year-old Marigold is hoping to get her first kiss from her big crush, while Zinnia, eleven, will most likely spend her time in Marigold’s shadow. And five-year-old Lily, though angelic, has a knack for stirring up mischief wherever she goes.

But all of their plans come crashing down when the sisters’ parents send them to Cape Cod to visit their Aunt Sunny. Small-town life is not what these LA girls had in mind. They must adjust, however, to things like sharing a room and living without a TV. With the help of Aunt Sunny’s cheery disposition and her yummy brownies, though, the girls are quickly won over, and before Marigold, Zinnie, and Lily know it, they’re cracking lobster shells at clambakes, making new friends, and even organizing a local talent show.

Full of moments both humorous and reflective, The Forget-Me-Not Summer is a story about three girls facing their fears, adjusting to change, and learning how to band together as the strongest version of themselves: sisters. Be sure to catch the sequel, The Brightest Stars of Summer, for more fun on Cape Cod!

Leila Howland was born and raised in Providence, Rhode Island. A graduate of Georgetown University, Leila spent five years acting in New York, where she was a company member of the award-winning Flea Theater in Tribeca. The Forget-Me-Not Summer is her middle grade debut. She has also written two YA novels: Nantucket Blue, for which she was named a Publishers Weekly "Flying Start," and Nantucket Red. Leila now lives in Los Angeles with her husband, baby boy, and two dogs.

“Howland gives more nuance than is often seen in middle-grade fiction. Reminiscent of the Penderwicks series. Readers will be drawn in, and once inside, they will find a book that might well become a favorite.” — Booklist (starred review)

“Perfect for middle grades and a clean read for all ages, this summer-vacation novel is a breath of realistic fresh air and a welcome addition to any school or public library.” — 5Q, 4P review, Voice of Youth Advocates (VOYA)

“The real-life dynamics between the sisters [are] humorous and touching. This heartwarming story is hard to put down. — School Library Journal